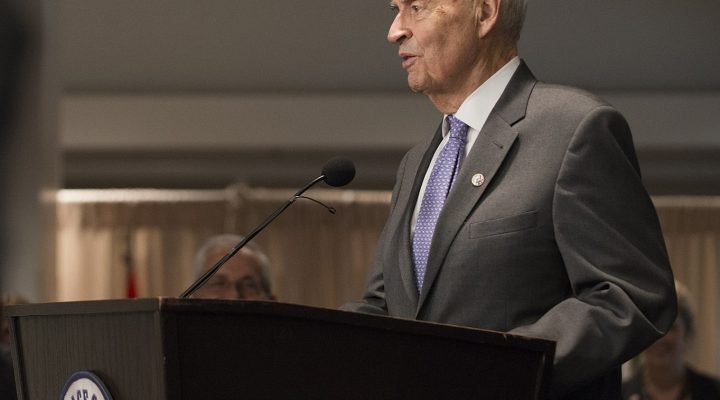 The Allegheny County Democratic Committee is deeply saddened to learn of the Passing of Harris Wofford.

Mr. Wofford’s brilliant career of public service began in the Kennedy Administration where he served as special assistant for civil rights and, along with Sargent Shriver, was instrumental in forming the Peace Corp. He subsequently went on to serve in The Cabinet of Governor Casey as Secretary of Labor and Industry. During his time as a United States Senator, he co-sponsored the 1994 King Holiday and Service Act, which makes the Dr. Martin Luther King holiday a day of service. He also served as Chair of the Pennsylvania Democratic Party.

While our condolences and prayers go out to his family and friends, we are also thankful, and appreciative of his decades of service to generations of Americans and are grateful to him for all of the lives he changed across the world in a positive way. He will be missed.