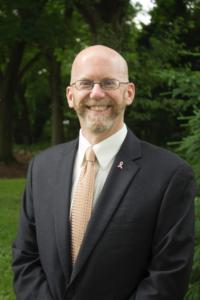 Judge Caulfield has the right combination of experience –legal, educational and community service –and has demonstrated that he is a fair and compassionate judge who possesses the highest integrity. Judge Tom Caulfield is exceptionally qualified to be our next Judge of the Allegheny County Court of Common Pleas.

Since 2010, Judge Caulfield has presided over thousands of cases, and making important decisions that affect families, children and businesses. Judge Caulfield was appointed to be a Magisterial District Judge by former Governor Ed Rendell, after being nominated by Senator Jay Costa.

Prior to joining the judiciary, Judge Caulfield worked as an attorney at the Allegheny County Office of the Public Defender for nearly 20 years. He earned a reputation for being a highly competent attorney who always took extra steps to ensure his clients received justice. He spent his final six years at the PD’s Office as a Supervisor and Deputy Director.

As an active member of his community, Judge Caulfield was twice elected as a Churchill Borough Councilperson. He was the first Democratic Council President in Churchill’s history. He also coached Youth Soccer and was a Elder in his community church. In the evenings, he worked as a Legislative Aide for State Representative Paul Costa. Currently, Judge Caulfield is on the board of directors for the Pittsburgh Fair Housing Partnership, working to ensure Federal Fair Housing laws are enforced.

Born in Braddock and growing up in the Mon Valley, Judge Caulfield dreamed of a legal career. He worked summers at Kennywood Park to save money for school. He began his academic career at Community College of Allegheny County before earning a Bachelor’s Degree from the University of Pittsburgh, graduating with Highest Honors. Upon completion of his undergraduate studies, he attended the University ofPittsburgh School of Law and graduated in 1991.

Judge Caulfield resides in Forest Hills along with his wife Lisa, children Jake and Owen, and dog Reggie. Lisa is an attorney with the Office of the Public Defender. Tom has two adult sons, Sean and Alex, and Lisa has an adult son also named Alex.

In their spare time, Judge Caulfield and Lisa enjoy running, cycling, and hiking. They are avid baseball fans and have visited 24 major league baseball parks. In fact, their honeymoon was a baseball fantasy trip that included games in Seattle, the Bay Area, and southern California. Both are diehard Pirates fans and hope for great things in 2021, on and off the diamond.