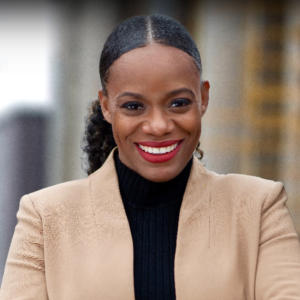 In 2018, Summer decided that real changes were needed across the district, and that the status quo wasn’t equitable. She became the first Black Woman from Southwestern Pennsylvania to hold the office of State Representative as she won with more than sixty percent of the vote in a race against a twenty year incumbent.

Since taking office in 2019, Summer has been a voice for people across the district, championing initiatives that support sustainable jobs, environmental responsibility, police accountability, and gender and racial equality, and has been a tireless advocate for workers’ rights and the fight for a $15 minimum wage. During her short time in office, Summer has already brought nearly $2 million back to the district for infrastructural updates and community revitalization. She’s sponsored 71 bills in the house and has cast more than 800 votes on legislation that directly affects our communities.

Summer has been a dedicated organizer, activist, and advocate for social justice for much of her life. During the 2016 presidential election, she served as a Field Organizer in her home district for the Pennsylvania Democratic Party, where she recruited, managed, and led volunteers engaging in direct voter contact. During the 2017 primary elections, she spearheaded a successful write-in campaign to bring immediate change to the Woodland Hills School Board after the board failed to address repeated incidents of violence against students from police officers and schools administrators.

Summer is a lifelong resident of the 34th district, where she grew up in the North Braddock and Rankin neighborhoods. Currently, she resides in Swissvale.