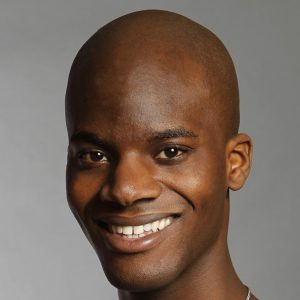 My first employment post-graduation was working for a third-party mortgage processing company during the height of the great recession/mortgage crisis of the early 2000s. During my 2 1/2 year tenure working for this third-party mortgaging processing company; I learned a great deal about mortgages, taxation, and the effect of the real estate industry on the economy and local municipalities. After the housing market stabilized I took employment with Allegheny County Department of Human Services, Office of Children, Youth, and Families as a caseworker, and then eventually being promoted as a program specialist.

After 3 1/2 years as a public administrator with Allegheny County; I decided to take a position with a federal government contractor working for the Congressional Library of Congress. This position lasted for about 18 months which at that point I returned to Wilkinsburg and accepted an Assistant Manager position for Kuhn’s Market in which I currently hold.

Prior to my moving to the DC Metro area; I was/still am I highly respected member of the Wilkinsburg Community. I have served my community and numerous capacities. I served one term on the Wilkinsburg Borough School District Board of Education. Which I held the position of vice president for two years, chair of the Public Relations/School Image committee, co-chaired the Policy and Procedure committee, the school district representatives to the borough’s Park and Recreation committee, the school districts representative to the Pennsylvania School Board Association as well as the National School Board Association, and serving as the unofficial liaison of the school board to any local gathering that would benefit of having a school board representative present.

In my leisure time, I have served or participated on numerous boards, committees, and civic organizations including but not limited to the Kiwanis Club of Wilkinsburg, the Wilkinsburg Historical Society, the Wilkinsburg Sun, and many more. I am currently single never married without any offspring.