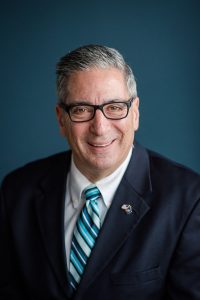 For two decades Representative Paul Costa has been honored to serve his community as State Representative of PA’s 34th District. His focus has been on the hard, often overlooked, work that may not catch a lot of headlines but that keeps our community running. Whether it has been securing funding for local firefighters and EMS workers so they have the necessary tools to help save lives in the community or passing bills that encourage economic development by expanding the state’s Film Tax Credit to create local long-term jobs, what truly matters to him at the end of the day is whether his work has bettered the lives hard working people of the 34th District. In Harrisburg, he has fought for his community by making jobs and economic growth, education, public health and safety, infrastructure, and consumer convenience my priorities.

He brings substantial public service experience to the House having served on the Wilkins Township board of commissioners for three years, including one year as board president, and having worked for more than 20 years in the Allegheny County prothonotary’s office, ending his service as the deputy in charge of the family division.

Costa, a 1978 graduate of Taylor Allderdice High School, holds an associate’s degree from the Community College of Allegheny County, graduated with honors in accounting from Point Park College, and attended the Allegheny County Local Government Academy.

He is married to the former Kathleen Gallant. They have three children, Michael, Maria and Dante. He is one of six children of Louise Costa and the late Jay Costa Sr., who was Allegheny County treasurer. He is the brother of State Senator Jay Costa Jr.