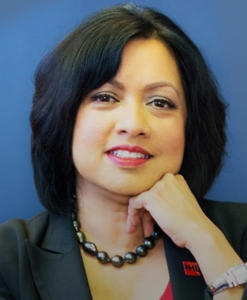 If elected, Nina would represent the first woman of color to serve as a state-wide executive in the Commonwealth’s 233-year history. Dr. Ahmad would also become the only current women and person of color in Pennsylvania’s executive offices.

When Nina was just eleven years old, in her native country of Bangladesh, she witnessed the worst of politics. Greed and corruption drove violence and despair. Career politicians sowed division.

That’s when she learned about organizing, and when she saw the necessity of a strong community and the power it can have. Nina and her family watched progressive Americans raise awareness, joining ordinary people in Bangladesh in mobilizing for peace. Half a world away in Pennsylvania, advocates and activists joined together with labor unions, taking concerted and critical action to end the violence and change life as she knew it. Nina envisioned a path for safe passage, and her life was transformed.

Nearly ten years later, she would forge out on her own. At only 21, Nina came to Pennsylvania, working hard to put herself through school University of Pennsylvania. She earned a Ph.D. in Chemistry and completed a medical fellowship at Thomas Jefferson University. Nina eventually built a diverse community of friends and colleagues, and she embraced being a proud American. She succeeded as a molecular biologist and a responsible small business owner. She married, becoming a loving wife and a mom, raising two daughters who are both now college-educated and making an impact in their communities.

Nina is a strong advocate for women and communities of color. As a catalyst for change, she served for nearly half a decade as President of the Philadelphia chapter National Organization for Women (NOW), and she is honored to serve as a national board member to this day. Nina has also served on local nonprofit boards and acted as a leader in her community. As a small business owner, she’s spurred good jobs with union-generated and labor-built partnerships, and has made key responsible decisions on community investments.

Most recently, Nina served as a Deputy Mayor for Public Engagement under Mayor Kenney, where she was responsible for managing dynamic people, initiatives, and participated in the management of a $4 billion operating budget in public funds. Nina has also worked closely with officials like Mayor Michael Nutter and Governor Tom Wolf. She’s fostered initiatives including launching the city’s Commission for Women, fighting for pay equity, and working to end workplace harassment. Nina gathered support for reform and opportunity through the city’s Youth Commission, the Office of Black Male Engagement, and the office of LGBT affairs.

Nina also proudly served President Barack Obama as a member of the National Advisory Commission on Asian Americans and Pacific Islanders, advising on key issues affecting the health, employment, and well-being of these communities.

Nina knows dedication, education, and insight can be a light to those left-behind or struggling. Community is hard-won. It can gather speed and impact. Nina fights for others because others fought for her.  Her work now is just-returns.