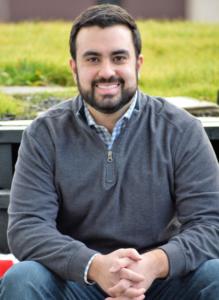 Nick is a lifelong resident of the 38th District who graduated from West Mifflin Area High School as class valedictorian. He went on to Washington & Jefferson College, earning bachelor degrees in Accounting and History, and Johns Hopkins University earning a master’s degree in Government Analytics. With a lifelong interest in politics and public policy, he uses his background in business, economics, and government to work with businesses and public officials to improve his local community.

He works as a certified public accountant and auditor while volunteering as the President of the West Mifflin Community Foundation and as a mentor with Big Brothers Big Sisters of Greater Pittsburgh. As the President of the Community Foundation, he’s led the organization as it provided free books to students learning to read, hosted free brunch and bingo events for senior citizens, and organized the efforts to raise funding to convert a local park into a dog park with the assistance of local and corporate donors.

Nick has deep roots in District 38 with his family calling the Mon Valley home dating back to shortly after the Civil War. His grandfather has been a barber in Dravosburg for over 45 years, serving generations of Mon Valley families at “Nick’s Hair World.” Nick lives with his wife Molly and two rescue dogs, Rosie and Piper, on the same street that he grew up on – proud to be a resident of District 38 and honored to have the opportunity to represent the district in Harrisburg.