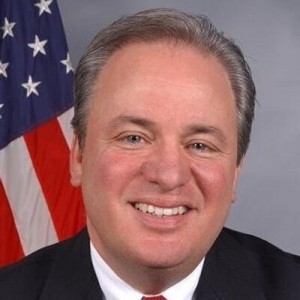 Mike Doyle is currently serving his thirteenth term in Congress representing the 18th District of Pennsylvania, which includes the City of Pittsburgh and 53 other communities in Allegheny County.

Congressman Doyle is a member in the House Democratic Caucus and the founder and co-chair of the Congressional Autism Caucus, also known as the Coalition for Autism Research and Education (C.A.R.E.).

He is also one of the founders and co-chairs of the House Distributed Generation Caucus, which works to promote the widespread adoption of decentralized power generation technology that is both fuel efficient and environmentally friendly and reduces peak demands on our nation’s over-utilized electricity transmission grid – and he is a member of the House Hydrogen and Fuel Cell Caucus, which promotes hydrogen and fuel cells.

Congressman Doyle also co-founded and chairs the House Robotics Caucus, which works to ensure that our nation remains globally competitive in the field of robotics.

Doyle also serves on several other important Caucuses, such as Steel, Human Rights, and the Internet.

He is a member of the Leadership Pittsburgh Alumni Organization, the Ancient Order of Hibernians (AOH), the Italian Sons and Daughters of America (ISDA), and the Penn State Alumni Association.

Doyle is a graduate of Penn State University, where he received a Bachelor of Science degree in Community Development in 1975. Prior to serving in Congress, Doyle was a small business owner and the Chief of Staff for State Senator Frank Pecora. Doyle and his wife, Susan, reside in Forest Hills and have four children: Michael, David, Kevin, and Alexandra.