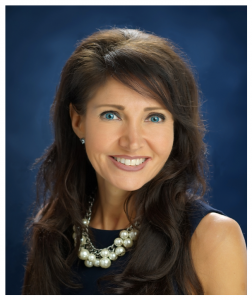 Michele Santicola is an attorney with over 20 years’ experience. She began her legal career as a Deputy Attorney General. During her nearly ten years working for the Pennsylvania Attorney General’s Office, she handled both civil and criminal cases, with a concentration on white collar crime. Michele directed and supervised investigations and presented cases to the Statewide Investigating Grand Jury. She prosecuted cases before judges and juries throughout several counties in Western Pennsylvania. In addition, she argued appellate cases before Pennsylvania’s Commonwealth and Superior Courts.

In 2012, Michele was appointed Hearing Examiner for the Pennsylvania Liquor Control Board. As a Hearing Examiner, Michele traveled throughout the Commonwealth, presiding over cases involving wide-ranging issues, including nuisance bar cases and tax issues. Those hearings required Michele to take testimony, make evidentiary rulings and write opinions. Most recently, Michele returned to private practice, representing clients on a variety of issues, including liquor law, family law and criminal defense.

In addition to her law practice, Michele serves as a Supervisor on the Moon Township Board of Supervisors. She was elected in November 2017. As a member of the Board, Michele works on many important issues that impact the community, including zoning, planning, employee contract issues and overseeing a $16 million budget.

Michele has lived in Moon Township for 15 years. She and her husband, Mike, have two children. They attend St. Margaret Mary Catholic Church in Moon, and volunteer at their children’s schools and are members of the Moon Basketball Boosters Club. Michele has been an active PTG member in the school community and Chair of the Teacher Appreciation Luncheons from 2010-2016. In addition, Michele is a trustee of the Moon Area Education Foundation, a non-profit organization dedicated to providing support and assistance to Moon schools and students. Michele also served on the Moon School Board’s Superintendent Search Committee.