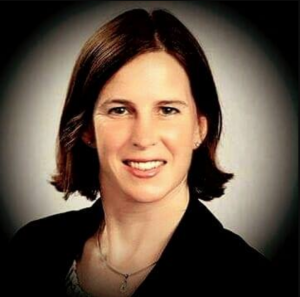 Mary recognized at an early age the vulnerabilities of seniors and undertook a career path with that population in mind. At Penn State University, she studied Sociology and Gerontology and then graduated from Duquesne University’s School of Law in 2002 where she was a member of the school’s Law Review, a distinction for those in the top 20% of the law class.

Mary started working with the law firm of Meyer, Unkovic & Scott, LLP while in law school and is now a partner with that firm. Mary has a unique practice working on cases in the Pennsylvania trial courts’ Orphans’ Court Division, which protects susceptible populations and litigants. This Division’s jurisdiction includes cases involving guardianships, nonprofit associations, estates, trusts, and wills. An unfortunate fact pattern that Mary often encounters is designing persons wrongfully taking advantage of the aged or infirmed. Mary also tries complex civil disputes in both state and federal courts where she enforces promises parties have made, such as the promise to pay money or to transfer property. Mary has handled cases in at least fifteen different counties throughout the Commonwealth of Pennsylvania.

Mary has received numerous awards and recognitions for her legal career. Among them is her selection to the Pennsylvania Super Lawyers® List for the years 2015-2019, a designation of top-rated practicing attorneys selected through extensive evaluation. In 2013, Mary was named Woman of the Year by the Duquesne University School of Law’s Women’s Law Association. In 2011, her peers in the legal community honored her with the “Outstanding Young Lawyer Award”, which recognizes outstanding leadership and distinguished service to the legal profession.

Mary ran for Court of Common Pleas Judge in 2017 and will be running for the same seat in 2019.

-Mary’s Commitment to Others

For over ten years, Mary has served as the Co-Chair of the Allegheny County Bar Foundation’s Attorneys Against Hunger Campaign, an effort that coordinates resources and volunteers for hunger agencies throughout Allegheny County. In 2012, Mary received a Jefferson Award for her efforts on behalf of Attorneys Against Hunger. The Award is a prestigious national recognition honoring community and public volunteerism in America.

Through pro bono legal service, Mary regularly advises tenants on their rights in the eviction process. In 2017, Mary was appointed to a task force created to examine solutions for the resolution of landlord-tenant cases pending in the Court of Common Pleas of Allegheny County. An influx of these cases has been caused, in part, by the sudden gentrification of numerous city neighborhoods and economic inequities. Mary is a past Trustee of the Allegheny County Bar Foundation, which was established in the early 1990’s to provide direct pro bono legal services to low-income clients. As Trustee, Mary helped oversee numerous public service initiatives and a broad range of educational and charitable activities related to the law. Through her work with the Rita M. McGinley Foundation, founded by Mary’s late Aunt Rita, Mary helps to coordinate support for local universities, hospitals and organizations that combat homelessness and hunger.

-Mary’s Dedication to Diversity and Inclusion

Mary is an advocate for the advancement of women and believes women need to have “a seat at the table” in all spheres. Mary is the first woman to hold a seat on the Board of Directors of the Pittsburgh Steelers. She serves on her Law Firm’s diversity committee, which emphasizes diversity within the firm and encourages respect of individual differences within the greater legal community.

Since entering the legal field in 2002, Mary has been a member of the Women in the Law Division and since 2017, has served on its Pathways to the Bench Committee which educates and encourages women to run for elected office. Mary has individually supported numerous women running for local office.

Mary is a current Trustee and Secretary for Carlow University. Carlow provides unique educational opportunities for women, including women of color, and is noted for its emphasis on social justice.
For her contribution to community and commitment to helping other women to succeed, Mary was recognized as an ATHENA Young Professional Award finalist in 2012.

Most important to Mary is her family. Mary and her husband, Patrick Earley, are the proud parents of two children, Kristina and Jack. Mary and Pat adopted Kristina from Russia and Jack from China. They reside in the Squirrel Hill neighborhood of the City of Pittsburgh (also known as the 14th Ward) with their dog, Daisy. As a family, they enjoy celebrating the traditions of their respective heritages. They also like to hike and help to “redd up” Pittsburgh by picking up the litter in their neighborhood.

Mary credits her parents and extended family for her commitment to serve others. Mary’s mother, Nancy McGinley, volunteers her time and resources to numerous charitable causes. Mary’s father, Jack McGinley, continues a long line of philanthropy that is emphasized within the McGinley Family.

At the age of 12, Mary started her first volunteer position greeting residents at an assisted living facility in her childhood community of Mt. Lebanon. That experience would shape her commitment to community and the trajectory of her legal career.