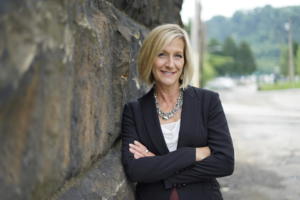 Lisa Middleman is a career public defender, criminal defense attorney, and devoted mother of two who will bring a new perspective to the Court of Common Pleas of Allegheny County. A Highland Park native, she graduated early from Duke University before returning home to attend the University of Pittsburgh School of Law. While studying law, she worked as a law clerk in the Allegheny County Public Defender’s Office, and at a firm that handled Worker’s Compensation and Social Security cases. In her third year of law school, she became the full-time Chief Law Clerk of the Public Defender’s Office.

After passing the bar exam in 1987, Lisa worked in the Public Defender’s office and maintained a small private practice, litigating thousands of cases in courtrooms throughout Pennsylvania. Early in her career, she co-sponsored a study on the racial disparities in jury selection in an effort to ensure more representative jury panels. This was only the beginning of a lifetime of fighting for justice and greater equity in our legal system.

For the last thirty years, Lisa has been assigned the most difficult and complex homicide and death penalty cases, as she is one of Allegheny County’s most qualified and respected criminal defense attorneys. Some of her high profile death penalty cases include Commonwealth v. Alan Wade, Commonwealth v. Richard Poplawski, Commonwealth v. Leslie Mollett, and Commonwealth v. Ronald Taylor. More than two decades ago, Lisa became one of the original union organizers of the attorneys at the Public Defender’s Office (organized under the United Steelworkers), and has been serving as the grievance officer for many years, representing employees in disciplinary actions.

Lisa has also prioritized attending classes and speaking with students at school districts around the region, including Woodland Hills, North Allegheny, Avonworth, and many Pittsburgh Public Schools. These visits have afforded her the opportunity to encourage and empower young people to pursue careers in the law and to educate them about the process. She has also been a guest coach and moot court judge at high school and law school moot court competitions.

In addition to educating students, Lisa has been an instructor for many attorneys’ Continuing Legal Education events, for the Public Defender’s Office, and for the University of Pittsburgh and Duquesne University law schools.

In 2019, Lisa ran for Allegheny County District Attorney and spoke at hundreds of events to engage communities in discussions of fairness, equity, and justice. After the 2020 protests for racial justice, she formed and led a coalition of attorneys to provide pro bono legal services for peaceful protesters who were wrongfully charged.

We can substantially change the Court’s approach to justice to make it more fair and equitable for everyone, but only if we elect the judges committed to making the changes that need to be made — judges like Lisa Middleman.