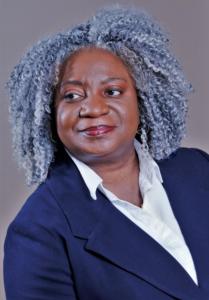 Leah Williams Duncan is a life-long resident of Pittsburgh. She received her high school diploma from Perry Traditional Academy, her Bachelor’s Degree from Penn State University and her Juris Doctorate from the University of Pittsburgh, School of Law. While at Penn State and after graduating, Leah served our country as a member of the United States Army Reserve.
Leah actually began her legal career while still in Law school. As a Certified Legal Intern with the Juvenile Court Project, she represented underserved parents whose families were involved in the system due to allegations of abuse and neglect. After graduating Law School, Leah continued this work as a full-time Parent Advocate. Leah served in this capacity for approximately four years before accepting a position as a Child Advocate with “Kidsvoice.” In this capacity, Leah continued her service by representing children who were victims of abuse and neglect. During this time, Leah also maintained a successful private practice focusing in the areas of Criminal defense and small Civil claims.
In 2001, Leah’s service to families took on a new form as she was appointed to the position of Hearing Officer in the Adult section of Family Division of the Court of Common Pleas of Allegheny County. She has served in this capacity for 20 years, conducting hearings in matters of family support and presiding over civil and criminal contempt actions. As a Hearing Officer, Leah renders decisions on a daily basis in some of the most legally challenging and emotionally charged cases within the court system.
In addition to her tireless service to families, Leah has served her community in various other ways. As an appointee to the City of Pittsburgh’s Commission on Human Relations, Leah spent ten years (including four consecutive terms as the Commission Chairperson) combatting discrimination in all forms and educating the community in conflict resolution. Among other assignments, she has been a member of the City League All Sports Hall of Fame Committee, the Allegheny County Bar Association and the Women’s Bar Association of Western Pennsylvania. Leah is currently member of the Domestic Relations Association of Pennsylvania and a consultant with the “Fathers Matter” family support group. Most recently, Leah founded “Perry Pens & Pearls” to provide scholarships to Perry High 2021 graduates whose education plans were affected by the pandemic.
Leah’s many recognitions include the following: New Pittsburgh Courier Women of Excellence, Salute to Legal Excellence, City & County Public Service Award, Center for Organ Recovery & Education Volunteer recognition and the E.M. Thorpe Community Service Award, among others.
Leah is a licensed Evangelist with the Church of God In Christ. She is also an Instructor with the Harty Bible School where she teaches a class on the Book of Genesis to first year students. Leah is a long-time member of the Northside Institutional Church of God in Christ, serving on the Ministers Board and as Servant Leader of the Women’s Ministry where her mission is to equip and empower women in their service to God and to His people.
Leah is a wife, the mother of four children and Nana to one grandson. The Duncan family has been active in Brighton Heights athletics for several years through past participation in soccer and in baseball from Tee-ball through Pony league. Leah now enjoys watching her grandson carry on the family tradition in BHAA baseball.
Leah brings with her a unique combination of extensive legal and quasi-judicial experience coupled with a long term commitment to the good of the people of Pittsburgh and the families of Allegheny County.