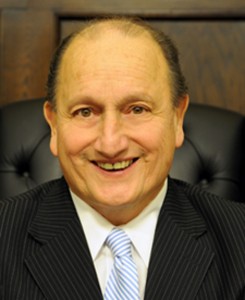 John DeFazio (D) was elected by the voters of Allegheny County to one of two at-large seats on County Council. It took the urging of friends and union leaders for him to run for Council.

A former professional wrestler, Councilman DeFazio was known as “Jumpin Johnny” in the 1960s and 70s. He appeared in several matches on Channel 11’s Saturday broadcast of “Studio Wrestling.” While “Jumpin Johnny” was in recess during the week, Councilman DeFazio followed his father’s footsteps to the steel mills. At the age of 29, he won the presidency of his local union.

He and his wife, Marsha, have six children and live in Shaler.