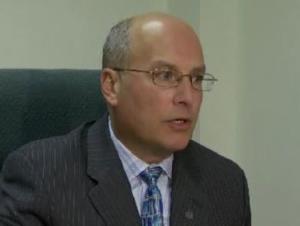 Jim Motznik is a lifelong resident of Brookline and served as district judge for the last 11 years. He attended Seton LaSalle high school and furthered his education at Robert Morris University.

Motznik began his career working for the City of Pittsburgh’s Department of Public Works where he served as a foreman. Following his time there, he moved to the Council Chambers as Chief of Staff for three years. Upon the retirement of his predecessor, Motznik ran for City Council, District 4. For the next ten years, Jim served as the South Pittsburgh City Council member.

After longtime District Judge Charles McLaughlin retired from his position in 2007, Motznik would successfully run for district judge. Over the course of his career behind the bench, Jim has heard over 80,000 cases for summary offenses, landlord/tenant claims and civil claims. Additionally, he presides over vehicle and crimes’ codes and protection from abuse matters.

As highlighted, Jim has been serving Pittsburgh, more specifically the 19th Ward for his entire adult life. For the last 30 years South Pittsburgh residents have put their trust in Jim.