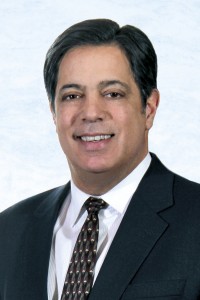 State Senator Jay Costa’s Pittsburgh roots run deep. His family first lived in East Liberty, then moved – while Jay was still young – to the Squirrel Hill-Point Breeze neighborhood. His experiences growing up in these Pittsburgh neighborhoods instilled in him a deep appreciation for our region’s sense of community and prepared him to succeed in a career in the public eye. First on Larimer Avenue, to Ridgeville Street, and now in Forest Hills – where he and his family have lived for nearly 30 years –  Jay learned the importance of hard work, the power of helping others, and the responsibilities we all have to the region we call home.

Jay’s father worked at the Larimer Avenue family grocery store, Costa Brothers,  before taking a position in county government. 25 years later, he’d be elected Allegheny County Treasurer before his untimely death at 61. His mother, while primarily a homemaker, was just as active in the community, serving as a volunteer on a number of area boards including as Chairwoman of the Area Agency on Aging Advisory Board for over 25 years.

Jay’s parents weren’t the only Costas working hard to help their neighbors. His grandfather, a first-generation Italian immigrant, would help other newly-minted Americans find work through his job on the Pittsburgh Railway.

Watching his family, Jay learned the true impact of public service and recognized his own ability to make a positive impact on the lives of people around him.

After graduating from Taylor Allderdice High School, Jay attended the Community College of Allegheny County. Graduating with a degree in Criminology, he then attended Indiana University of Pennsylvania to study Criminal Justice with the ultimate goal of becoming a police officer.

Upon graduation from IUP, Jay worked in our Pittsburgh Public Schools as a substitute teacher before accepting a position with the Allegheny County Sheriff’s Department. As part of his training, Jay attended the Police Academy, where he graduated first in a class of municipal police officers throughout Allegheny County.

Jay’s final stop in his educational career was at Duquesne University Law School. He worked during the day as a Deputy Sheriff and attended law school in the evening. There, Jay learned everything he could from DA’s and public defenders in the County’s downtown courtrooms.

When Jay earned his Juris Doctorate, he spent time working at two Pittsburgh law firms, honing his skills as a practicing attorney and in the administrative and technical aspects of the legal profession.

This experience would come in handy. When the opportunity to serve as Allegheny County Register of Wills arose, Jay ran a successful campaign and began a career in public service.

A Commitment to Public Service

While the Register of Wills office has traditionally been an administrative position, Jay would constantly travel around the communities he served, learning firsthand how he could meet the changing needs of the public.

He pushed hard to address (and eventually reduce) inequities in the PA Inheritance Tax in an effort to save taxpayer dollars and decrease financial inequity among regional families.

When the PA budget cut funding to the region’s Poison Control Centers, Jay went to Harrisburg himself to find new money to keep those organizations open.

A Shift in Government

His position as a county row officer gave him a front-row seat to regional trends starting to unfold.

The Federal government of the late 1990’s began retreating from local issues, shifting many major governing decisions up to state capitols. The only problem with this realignment, as Jay saw it, was that local communities lost their voice and their influence over their own governance.

In light of this shift, Jay knew the best way he could advocate for the community would be to move into a position where he could help shape state policy. He wanted to be a part of a broader conversation about the region’s future, and as a native son, to guide it in the right direction.

In a special election, Jay won his first term as a State Senator serving Pennsylvania’s 43rd district, which included the Squirrel Hill neighborhood where he grew up.

As a new Senator in Harrisburg, Jay hit the ground running, tirelessly advocating for his community and putting his family’s penchant for service into action once again. He distinguished himself as a capable and authentic lawmaker and quickly rose through the ranks of the Senate Democratic caucus, first as Chair of the Senate Judiciary Committee, then as Caucus Chairman followed by his role as the Chair of the Senate Appropriations Committee.

In 2010, Jay was elected as Democratic leader, due, in part, to his diverse experience and his ability to work with all parties.

Jay Costa: A Leader in the Senate

In Harrisburg, Jay has fought hard for his constituents, and for the rights of all Pennsylvanians.

He’s been a leader on improving and expanding access to quality, affordable healthcare; worked to build a smart, fair, and just economy; struggled to safeguard our environment and address climate change; and fought to curb the epidemic of gun violence sweeping our state.

Most importantly to Leader Costa, he’s helped bring up the next generation of Senate Democrats, striving to elect and empower caucus members to bring real, sustainable change to our commonwealth.

A Kid from Pittsburgh. A Champion for Pennsylvania

The Costa Brothers Grocery on the corner of Larimer and Shetland is now long-gone, replaced by a community basketball court. When he’s not in Harrisburg, Jay sometimes drives by that corner and the new homes along the streets where he grew up. A lot of progress has been made in the district, but more can be done.

Jay and Roxanne, his wife of 35 years, are proud to have raised their three children, Jessel, Anthony, and Rachel (and a shelter dog, Vader) – all of whom still call Pittsburgh home.

They encourage their children to live the values they learned from the region they love – empathy, hard work, honesty, truthfulness, and the impact of truly listening to others.

Those ideals guided Jay through his life as a parent, student, lawyer, and a county official. Now as Senate Democratic Leader, they’re helping him, and the new Senate leaders, build a better future for all of Pennsylvania