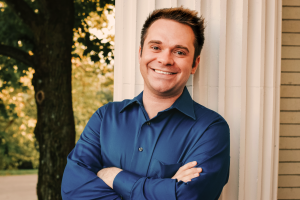 Jacob grew up in Kittanning, Pennsylvania and has lived in the Summer Hill area of Pittsburgh for 5 years.

He has been involved in Democratic politics and progressive organizations for over ten years, beginning with volunteering for the campaign of Ed Rendell for Governor in 2006. He served as a field intern for Hillary Clinton for President in 2008, and a communications intern for Dan Onorato for Governor in 2010. He also gained valuable experience interning with the communications office of Mayor Luke Ravenstahl in 2009.

Moreover, along with his internship experiences, Jacob has volunteered with the campaigns of Barack Obama for President 2008/2012, Corey O’Connor for City Council 2011, and Hillary Clinton for President in 2016. Currently, he serves as an Allegheny County Democratic Committeeman for Pittsburgh’s 26th Ward.

Jacob graduated from Duquesne University and works for Bonobos. He also serves as the treasurer of the Summer Hill Citizen’s Committee and is currently pursuing his MBA at Point Park University.