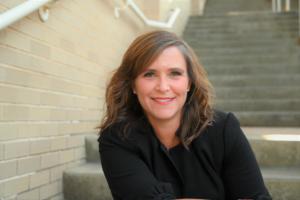 Hilary Wheatley Taylor is the Democratic nominee for Magisterial District Judge for the district serving Mt. Lebanon and Dormont. Hilary was born and raised in Worthington, Ohio. She received her undergraduate degree in Psychology from The Ohio State University. At OSU, Hilary played for the university’s club soccer team, joined the Kappa Alpha Theta sorority, and volunteered with Court Appointed Special Advocates. Hilary received a juris doctorate degree from The Dickinson School of Law of the Pennsylvania State University. During law school, Hilary interned with the York County Public Defender’s Office and the Pennsylvania Office of Disciplinary Counsel.

Hilary began her legal career clerking for the Honorable John C. Uhler, Court of Common Pleas of York County, where she assisted in criminal and orphan’s court matters. Next, she worked at a consumer rights protection law firm, litigating cases across the Commonwealth on behalf of Pennsylvania consumers. Since 2007, Hilary has practiced with Papernick & Gefksy, focusing on civil litigation and real estate matters. In her 19 years as a litigator, Hilary has represented clients and tried cases before Magisterial District and Court of Common Pleas Judges in more than a dozen counties across the Commonwealth, and has successfully argued cases before Pennsylvania’s appellate courts and the U.S Court of Appeals for the Third Circuit. She is admitted to practice in both Pennsylvania and Ohio.

Outside of her work, Hilary serves as the President of the Women’s Club of Mt. Lebanon and Chairperson of the Mt. Lebanon Zoning Hearing Board. She is the proud mom of a 9 year-old son. She is a voracious reader, an avid traveler, and a committed runner. Having been raised in a family of Ohio State alumni, she never misses an opportunity to cheer for the Buckeyes.