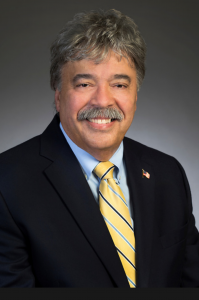 When searching for the definition of Southwestern Pennsylvania values, look no further than the career of State Representative Dom Costa. Dom has never strayed from his working class roots and his longstanding commitment to serving the community he loves. After his graduation from Penn Hills High School in 1970, Dom followed in his father’s footsteps and learned the plumbing trade through the Mon-Yough apprenticeship program. Rising through the ranks, Dom went on to earn distinction as a master plumber and subsequently open his own plumbing business. Dom understands the challenges facing young entrepreneurs, and has always been an advocate for both small business and organized labor, which enhances the middle class.

In 1977, Dom felt a calling to give more of himself to the community. He acted upon this by joining the East McKeesport Police Department. In 1979 he joined the Pittsburgh Police Department where his penchant for service and integrity allowed him the opportunity to rise through the department. He served as a sergeant of narcotics and vice, lieutenant of SWAT and was later promoted to the rank of Commander. In February 2002, Dom retired from police force after being shot in the line of duty during a standoff with an armed fugitive. In 2004, Dom served as public safety director of Penn Hills Municipality. In 2005, Pittsburgh Mayor Bob O’Connor implored Dom to return to the department an assume the role of Chief of Police. Dom accepted Mayor O’Connor’s request enthusiastically, served with integrity and ultimately retired at the end of 2006. In 2007 he decided to continue his public service by seeking elected office to fight passionately for the vision that both he and Mayor O’Connor shared.

In 2008, Dom was elected to represent Pennsylvania’s 21st Legislative District in Harrisburg. As a state representative, Dom Costa has spent nearly a decade as an ardent advocate for quality education, public safety, animal protection, prison reform, affordable housing and expanding mental health services. As a member of the H.O.P.E. (Heroin, Opioid Prevention and Education) Caucus since its inception, Dom works with his colleagues in the House and Senate, to find ways to ensure that everyone across the Commonwealth has access to high quality prevention and treatment of the disease of drug and alcohol addiction. After recognizing his commitment to his community and the ideals of the democratic party, Dom was selected by the other state reps in Allegheny County to lead the Allegheny County delegation.

A staunch proponent of unions, Representative Costa has fought against rolling back employee protections. As Democratic Chair of the Committee on Ethics, Representative Costa holds government accountable and safeguards the integrity of our fundamental democratic processes. Representative Costa resides in Pittsburgh’s Stanton Heights neighborhood with his wife Darlene and their two West Highland Terriers, Maverick and Bennie. Dom has raised three children, Tina, Julie and Scott. He is blessed to have two loving grandchildren in his life, Quinn and Liam. He strives to make friends and neighbors feel like family, and considers his constituents part of his extended family.