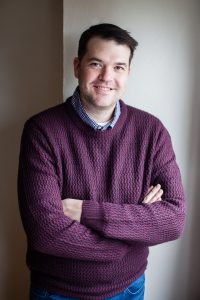 Chris has been a proud Northsider since he first moved to Pittsburgh in 2003. Chris and his wife Genevieve were married at St. Anthony’s Chapel in Troy Hill and now live in Spring Garden where they’re raising their two little native Northsiders a few doors down from Chris’ parents. Their two children attend Pittsburgh Public’s Allegheny Traditional Academy on the Northside.

When Chris has free time you may find him paddling in his kayak on the Allegheny River or hiking in Riverview Park. As an avid baseball fan and former Division 1 pitcher, Chris also enjoys walking down to PNC Park to take in a Buccos game.