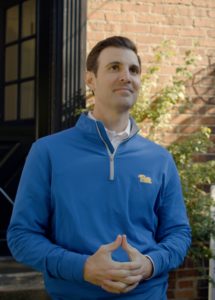 Candidate for: Member of Congress—District 17

Chris was born and raised in the Pittsburgh area where his parents instilled in him the importance of service and hard work. After graduating from the US Naval Academy, Deluzio was commissioned as an active-duty naval officer, later deploying at sea and then to Iraq with an Army Civil Affairs unit. After his tour of duty in Iraq, Chris went on to earn his law degree from Georgetown and later worked at the Brennan Center for Justice on voting rights and election security issues.

Chris is the policy director of the University of Pittsburgh Institute for Cyber Law, Policy, and Security. His work has focused on voting rights, elections, and the intersection of technology and civil rights, and he was a proud member of the Pitt Faculty Organizing Committee that won the biggest union election in the country last year alongside the United Steelworkers. Chris is often a local and national contributor on issues of voting and election security.