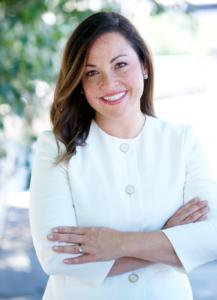 Chelsa Wagner is currently in her third term as Allegheny County Controller. Prior to that she was a three term state representative representing the southern and western neighborhoods of the City of Pittsburgh and South Hills suburban communities. Chelsa was raised in the South Pittsburgh neighborhood of Beechview and now resides in the city’s North Point Breeze neighborhood with her husband and their two sons. She graduated from Seton-LaSalle High School and went on to earn a degree in Public Policy from the University of Chicago. After college, Chelsa took her passion for policy and became a Business Analyst for a large private corporation, working to reform large state and municipal governments across the country. She returned home to attend law school at the University of Pittsburgh. Chelsa is married to Khari Mosley, and resides in North Point Breeze. They are the proud parents of two sons, Thaddeus , 11 and Isaiah, 8. Both boys are Pittsburgh Public Schools students at Colfax Elementary. Chelsa and Khari enjoy supporting community youth sports and cheering on their boys all year round.
​
Chelsa’s statement on her candidacy:

I am running for Judge because I believe we are at a crossroads. Other than my family, nothing has been a greater honor and privilege than my career in public service. Since I first ran for office in 2006, I have been driven by a desire to use my individual skills and passion for the betterment of our society in the most impactful way.

My work has always centered on demanding that our governmental institutions live up to their ideal, to those lofty promises of our democracy, and that work has been guided by my legal training and education, to be a “zealous advocate.” Over the years, I have led or helped to lead our community to favorable resolution on many efforts people believed to be impossible, but through strategy, study, diligence and creativity, we overcame daunting obstacles. From healthcare access, environmental justice with water and air quality, to standards for employees, being the first office to ensure paid family leave and minimum hourly wage standards, along with grassroots advocates, I’ve led the charge to demand that our governmental institutions meet their promise.

Entering 2021, we are indeed at a crossroads and inflection point, where our democracy is challenged by the fragility of our institutions, public mistrust, and the very meaning of justice. The times we are in have led me to explore more deeply my own role, as an individual, and more so as a public servant. It is a combination of my own passion for justice, the call to duty of our present times, especially as a mother thinking of the world we will leave our children, that have led me to declare my candidacy for Judge on the Court of Common Pleas of Allegheny County.

We need judges who not only have tremendous commitment to upholding the highest standards for the litigants before them in their own courtrooms, but also deeply consider their respective role in our justice system in this moment in time. The role of Judge is two-fold: to adhere to the highest standards in her own courtroom, but also to be a leader in our system of justice, and in a larger sense, in the role of our justice system as the cornerstone of democracy. Here, as we enter 2021, we know we have much work to do, but we also have tremendous opportunity.

All politics has always been local. While I believe there are many laudable benchmarks that have been achieved in the Court of Common Pleas of Allegheny County, I fervently believe there is much work to be done, and that work requires judges who are introspective and audacious leaders, willing to take on the very promises of our democracy.

This is why I am running to be a Judge on the Court of Common Pleas at this momentous crossroads, a fragile time with respect to our democracy and system of justice, yet also a historic and opportune time in our system of justice, when we will elect perhaps more judges than ever before in our county’s history. Reforming our justice system will be no simple task. But the experience to compel reform is what I believe to be the unique skill set that I bring to this race.

I hope to earn your support, and I hope that in the future, we’ll all be working not just on a vision for justice, but a new reality. I humbly ask for your support and I believe that together, we can be audacious, we can seize the moment, and truly make this the time that we delivered on the too elusive promise of “justice for all” as the cornerstone of democracy.