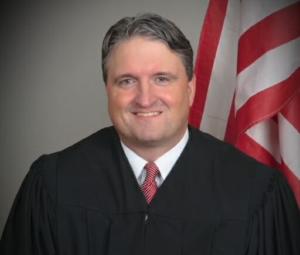 When a new Attorney General assumed office in 2013, she appointed Judge Beemer to serve as Senior Counsel and Chief of the Criminal Prosecutions Section. A champion in the fight against corruption, he oversaw a comprehensive investigation into systemic issues surrounding child abuse centered on conduct within the Altoona-Johnstown Diocese. While Attorney General, he led an expansion of that investigation into other dioceses. He also managed investigations that led to the arrest and conviction of a former State Senator for theft and conflict of interest, a former mayor of Harrisburg following an investigation into a failed attempt to finance an incinerator project, and investigations involving fraud and corruption at both the PA Turnpike and PENNDOT. As Attorney General and First Deputy, he helped to negotiate and implement a consent decree between UPMC and Highmark that protected the insurance coverage of hundreds of thousands of Pennsylvanians. He also oversaw lawsuits against electric generation suppliers for the over-billing of customers during a polar vortex, and a lawsuit against an energy company regarding misrepresentations made to landowners who entered into lease agreements. In 2010, Judge Beemer joined the law firm founded by his parents as a partner, opening a new Pittsburgh office. He brought federal and state criminal defense work to the firm, which had mostly represented plaintiffs in cases regarding environmental law, personal injury, and medical malpractice. He primarily focused on the representation of those harmed by environmental polluters. In partnership with two other firms in 2011, the firm represented several hundred plaintiffs in a class action against Sandvik Steel and other companies for toxic contamination at an industrial site near Scranton, resulting in the largest settlement of a mass tort environmental case in the history of northeast Pennsylvania. Judge Beemer served as an Assistant District Attorney in the General Trial Unit, the Narcotics Unit, and the Crimes Against Persons Unit of the Allegheny County District Attorney’s Office, prosecuting various types of cases including DUI’s, homicide, serious offenses involving drug delivery and trafficking, rape, child abuse, aggravated assault, robbery, burglary, and computer crimes. In 2005, Judge Beemer was promoted to Deputy District Attorney in charge of the General Trial Unit, where he supervised eighteen attorneys prosecuting roughly ten thousand cases a year ranging from weapons and drug violations, DUI, theft, forgery, burglary, robbery, and assault. Due to his innate ability to supervise and train new attorneys while also managing his own caseload, Judge Beemer became the supervisor of both the Summary Appeals Unit and the Extradition Unit in 2006. In addition to his many supervisory roles, Judge Beemer continued to prosecute many homicides and other serious matters. He worked regularly with city, state, and federal law enforcement agents to identify and prosecute gang related criminal activity throughout the City of Pittsburgh and Allegheny County. He also spent considerable time investigating several cold case homicides. Judge Beemer lives with his wife, Jodi, and their two children in the North Hills of Pittsburgh. When he isn’t actively fighting to restore integrity in our government, you can find him spending time with his children, playing golf, reading, and playing basketball – one of his all-time favorite pastimes.