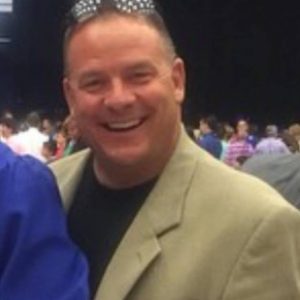 Bob Palmosina was born and raised in the Westwood neighborhood of Pittsburgh, he is the youngest of 7 children and attended St Margaret’s of Scotland Grade School in Greentree, and graduated from Bishop Canevin High School.

He is married to his high school sweetheart Pamela (Walters) Palmosina of Crafton Heights. He is the father of three boys Nico, Gino and Dominic.

Bob started out as a summer laborer for the City of Pittsburgh in the Public Works Department. Through 31 years of hard work and dedication he rose to the position of Assistant Director. He worked for Allegheny County Public Works as the road manager for 1 year, and is now the current Director of Public Works for Collier Township.

Bob has dedicated much of his life to coaching and mentoring young men and women throughout the communities. He has coached multiple sports including 8 years of baseball in Westwood, 7 years of baseball in Greentree, 6 years of football at Our Lady of Grace, and still runs the “Little Dribblers Basketball” at St. Margaret of Scotland where he has been on staff as a coach for 30 years.

Bob is the current Chairman of the Pittsburgh Democratic Party 20th Ward.
He looks forward to serving the 12th District of Allegheny County and its communities.