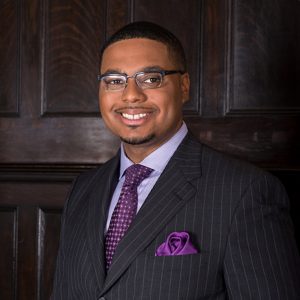 At an early age Austin knew that he wanted to dedicate his life and career to public service. A lifelong resident of the McKeesport, in high school Davis founded and served as Chairman of the Mayor’s Youth Advisory Council under McKeesport Mayor James Brewster. After graduating high school in 2008 he attended the University of Pittsburgh. While in college Austin was hired as a Legislative Intern by the Pennsylvania House of Representatives. At the age of 21, the Tribune Review called him “a veteran at the politics of helping others.”

Austin currently serves as the Vice-Chairman of the Allegheny County Democratic Committee as well as on board of directors of the YMCA of Greater Pittsburgh, The Consortium for Public Education, Communities in Schools of Pittsburgh, and Auberle. In 2015 he served as United States Delegate to the One Young World Summit in Bangkok, Thailand. At the 2016 Democratic National Convention Austin served as a member of the Rules and By-Laws committee. He is committed to help better the lives of those in some of Pittsburgh’s most distressed communities. He has received numerous awards/recognitions for his work in government and the community such as Pittsburgh Magazines 40 under 40 award, Pittsburgh Tribune Reviews People to Watch (2015), the Josh Gibson Foundation Civil Service Award, the McKeesport NAACP Character Leadership Award, the New Pittsburgh Courier’s FAB 40 Award, the Alpha Kappa Alpha Sorority Gentleman of Excellence in Government Award, New Pittsburgh Courier Who’s Who in Black Pittsburgh, Champion Enterprise’s Public Service Award, CEA’s Community Builder Award and the Pittsburgh Service Summit’s Get Involved Male Emerging Leader Award.

Austin and his wife Blayre live in his lifelong hometown, McKeesport.